Chanakya was a teacher to the first Maurya Emperor Chandragupta – the first emperor in the archaeologically recorded history to rule the complete Indian Subcontinent. Chanakya is generally considered to be the architect of Chandragupta’s rise to power at a young age.

Chanakya is considered as the pioneer of the field of economics and political science and his work is thought of as an important precursor to Classical Economics. In the Western world, he has been referred to as The Hindu Machiavelli, although Chanakya’s works predate Machiavelli’s by about 1,800 years. Chanakya was a teacher in Takṣaśila, an ancient centre of learning, and was responsible for the creation of Mauryan empire, the first of its kind on the Indian subcontinent. His works were lost near the end of the Gupta dynasty and not rediscovered until 1915.

Here are the 15 Great Thoughts By Chanakya 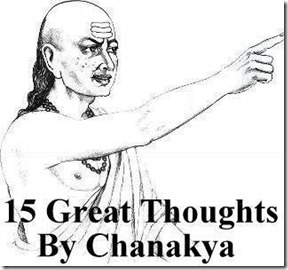 Kisses And Its Meaning- Interesting !!!

Things We Should not Do In front Of Our Children(Tamil)

How to Get Your Passport Easily