Home > Knowledge Base > Education > Management > Role of a Manager in An Organisation
Education, Management

Role of a Manager in An Organisation

Role of a Manager in an organisation is not always a leader. Management and leadership are two different concepts, though often appear to overlap. Modern organisations tend to be complex and operate in a global business environment. Therefore, there is renewed focus on the importance of management and leadership and their distinctive roles in promoting and advancing the interests of the organisation. Hard competition and continuous pressures for change demand that managers and leaders work closely together for achieving business goals.

Role of a Manager On a practical level:

A manager is called upon to evince the quality of leadership and a leader the knack for managing difficult situations in their respective roles in any organisation. A manager is often portrayed as a procedural administrator/supervisor—an individual in an organisation with recognized formal authority who plans, coordinates and implements the existing directions of the organisation.

A leader, on the other hand, is defined as someone who occupies a position of influence within a group that extends beyond supervisory responsibility and formal authority and is involved in devising new directions and leading followers to attain group, organisational and societal goals.

This distinction between the supervisory manager and visionary leader has to be understood in terms of their respective tasks and functions. Dunsford, a management guru, believes that management is concerned with ‘efficiency’—with tasks such as coordinating resources and implementing policy, while leadership has to concern itself with ‘effectiveness’ of making decisions, setting directions and principles, formulating issues and grappling with problems. 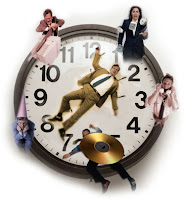 Role of a Manager according to Katz

Early work on leadership identified the various styles of leadership based on personal traits and behaviour of an effective leader, such as drive, desire to lead, decisiveness, honesty and integrity, self-confidence, intelligence, job relevant knowledge (Kirkpatrick and Locke 1991: 48-60). The behaviourist models focused on the relationship between a leader’s actions and their impact on the attitudes and performance of employees. Role of a Manager

According to the key role of a manager, the primary role demands flexibility, dynamism, management skills as well as leadership quality.

#Role of a Manager
Uncategorized

ECIL Get Results and Interview Instructions

What is the Right Age to Marry

Kisses And Its Meaning- Interesting !!!

Future of Management Education in India