Coconut (Cocos nucifera) belongs to the Palm family (Arecaceae). Grown in abundance in Malaysia, Polynesia and southern Asia, Spanish explorers named the cocos – meaning ‘grinning face’, because of the three little eyes on the base which they thought resembled a monkey.The popularity of coconut doesn’t end with hot-right-now coconut water. A variety of coconut-derived ingredients from coconut oil to coconut flour and coconut milk are increasingly being used in home kitchens, restaurants and packaged foods. Here are the health benefits and cons of coconut oil, coconut milk, coconut flour, coconut water, coconut meat and coconut flakes.

Eating coconuts are excellent for one’s immunity. They are antiviral, antifungal, antibacterial, and anti-parasitic, meaning they kill harmful bacteria, viruses, fungi, and parasites. Because of that, if you consume coconut in any of its various forms (whether it be raw coconut, coconut oil, coconut milk, coconut butter, etc.), it can help treat some of mankind’s worst and most resilient of illnesses such as influenza, giardia, lice, throat infections, urinary tract infections, tapeworms, herpes, gonorrhea, bronchitis, and numerous other ailments caused by microbials. 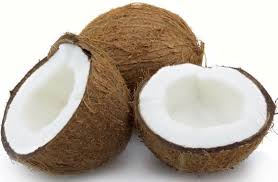 Eating coconuts also supports the development of strong, healthy bones and teeth. It does this by improving the body’s ability to absorb calcium and magnesium. It also prevents osteoporosis, a condition in which the bones become thin and fragile and lose their density. This makes coconuts a good, healthy alternative for those who are lactose intolerant, but still want to have strong bones and teeth. Those who prefer a vegan diet can benefit from it as a good source of protein and fatty acids.

Coconuts are highly nutritious and rich in fibre, vitamins C, E, B1, B3, B5 and B6 and minerals including iron, selenium, sodium, calcium, magnesium and phosphorous. Unlike cow’s milk, coconut milk is lactose free so can be used as a milk substitute by those with lactose intolerance. It is a popular choice with vegans and makes a great base for smoothies, milkshakes or as a dairy alternative in baking.Coconuts are one of those foods that oscillate between the ‘good’ food and ‘bad’ food camps.

Whether you’re eating the meat, drinking the juice, or consuming it as oil, coconuts are a delicious and nutritious source of fiber, vitamins, minerals, and amino acids. It has tons of calcium, potassium, and magnesium, as well as plenty of electrolytes. In fact, coconut water is known to have the same electrolyte levels as human plasma, and has even been used for plasma transfusions.Coconut contains No Trans-Fats, is Gluten-Free, Non-Toxic, Hypoallergenic, and also contains Antibacterial, Antiviral, Antifungal, and Anti-parasitic healing .

Some of the properties of coconuts are given below:

Young coconuts contain the purest unsaturated fat, compared to the fat found in the more mature varieties. This is why they offer the most rejuvenation properties for the body’s tissues.Young coconuts are usually green in color and oddly shaped. The brown hairy ones are mature coconuts, and while they offer a lot of healthy benefits, they aren’t nearly as good for you as younger varieties.

Immediate Relief From Cold and Cough(Tamil)